It’s quite amazing that I left the house on my day off, but I did.

I should clarify:  I left the house and did not go to the grocery store or the dump.

Living in the country not only means trips to the dump; it also means I’m 30 or 40 minutes away from just about everything…which maybe shouldn’t deter me from getting out and about, but it does.  Since I was staying in town this week, I thought I would take the opportunity to do some hometown exploring.  Turns out I need a whole lot more than two days to get that done.  I guess I knew that, but I didn’t realize the scope of what I was missing until now.

I have two of you to blame for this wanderlust (if you can call leaving the house wanderlust).  The first, of course, is Nick, whose posts about travel near and far are so very captivating.  And the second, of course, is Malinda, who has recently been getting out to appreciate the world around her and then posting the photos to prove it.

What I found in the world around me, is a little bit of everything.  Two days and 585 pictures later (I love my digital camera), I know a little bit more about the place I grew up in, I met a few people, and I took a short trip down memory lane.  I also took some time out in the middle of going and doing and seeing, to sit and think and write.  So (naturally) there’s more to come on being a hometown tourist. 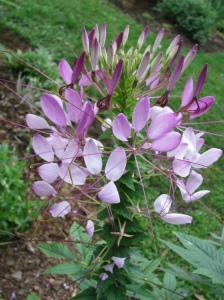 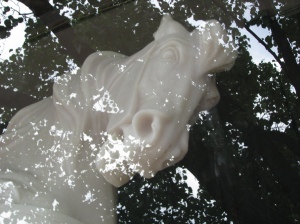 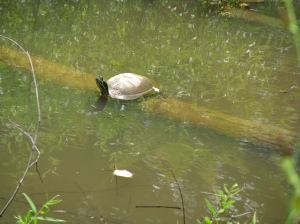 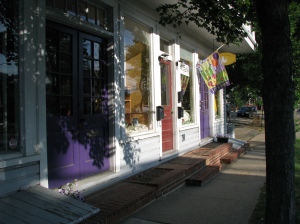 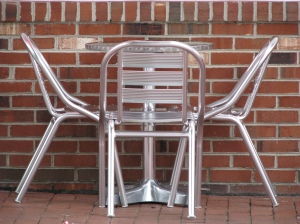 Here is a little people watching – or should I say people hearing – bonus.  These are a few of the things I overheard as I was bounding around town:

“Good Lord, where’ve you been driving to?”

Mom: “Okay, lets go down to the crosswalk, and go over there to that shop.
Little boy, very sincerely: “I hope a car doesn’t run over us.”

Here’s my favorite!
Let me set the scene: I am crawling by in my car, because I see this woman stepping further and further out into the street, with her back to the one-way traffic (I mean, come on lady, you only had to look in one direction!), and without paying the slightest bit of attention.  The man she’s with, who is himself almost in the street, grabs her arm to pull her back out of the way.  He does not say, “Be careful,” or “Pay attention,” or “What are you, nuts?”

What he says is, “Watch out for these lunatics.  These f***ing people don’t know how to drive!”

I do, in fact, know how to drive, which is how I managed not to hit her.  But…I couldn’t help smiling to myself.  Because, well, people are crazy.

A Walk In The Woods by Malinda Essex (Dendrochronology)

A heady mix of camera and the streets by Vishal Tomar