A Year in the 80’s – People of Influence

So I  totally copied and pasted a lot of this information. These are very time consuming, so if I could find all I wanted in one place, I just copied it. But I linked all the sources.

US President from ’81-’89. During the eight years of his presidency, he reshaped national politics and carried out his campaign promises to cut taxes and increase the defense budget, using the latter as leverage to negotiate significant arms control agreements with the Soviet Union. Despite some setbacks, including notable budget deficits, Reagan left office in 1989 with strong approval ratings. MillerCenter.Org

Reagan is credited with bringing a quicker end to the Cold War, along with this man:

In 1979, Thatcher was elected British Prime Minister, the first and only woman to hold that position, and the longest-serving Prime Minister of the 20th century. Called the “Iron Lady” by a Soviet journalist, that nickname became associated with her leadership style and politics. During her three terms, from 1979 to 1990, Thatcher worked to cut welfare programs, reduce trade union power and influence, and privatize state-owned companies. The policies she implemented have become known as Thatcherism, and continue to have influence today.

In 1981, Ronald Reagan nominated O’Connor as a justice of the U.S. Supreme Court and she received unanimous Senate approval. O’Connor made history as the first woman justice to serve on the Supreme Court. As a justice, O’Connor was a key swing vote in many important cases, including the upholding of Roe v. Wade. She often focused on the letter of law, not the clamoring of politicians, and voted for what she believed best fit the intentions of the U.S. Constitution. She retired in 2006, after serving for 24 years. Biography.com

In 1975, Gates co-founded Microsoft. In 1980, he partnered with IBM, adapting an operating system (86-DOS) for their new personal computer. Microsoft retained the copyright for the operating system, and went on to become a major name in the computer industry with sales of MS-DOS, which was released in 1982. Microsoft Windows was launched in 1985, which went on to become an industry standard. “His Microsoft software shaped the way millions use the technology that has transformed communications and commerce.” – USA Today

Yamauchi transformed his grandfather’s playing card company into one of the world’s most recognizable brands. Nintendo’s Famicom (The Family Computer) launched in 1983 and became a must-have product in Japan. Against the advice of many experts in the US toy industry, and despite the fact that the North American market was still reeling from the video game crash of 1983, Nintendo launched the Famicom in the United States as the Nintendo Entertainment System in 1985.  And the rest is history. NintendoLife.com

Cosmologist Stephen Hawking is regarded as one of the most brilliant theoretical physicists since Albert Einstein. His work on the origins and structure of the universe, from the Big Bang to black holes, has revolutionized the field, while his best-selling books have appealed to readers who may not have Hawking’s scientific background. His first book,”A Brief History of Time,” was published in 1988 and became an international best seller. Space.com

Ryan White and his mom courageously fought AIDS-related discrimination and helped educate the Nation about his disease. Diagnosed with AIDS at age 13, he and his mother fought for his right to attend school, gaining international attention as a voice of reason about HIV/AIDS. At the age of 18, Ryan died just months before Congress passed the AIDS bill that bears his name – the Ryan White CARE (Comprehensive AIDS Resources Emergency) Act, now called the Ryan White HIV/AIDS Program. HSRA

Princess Diana, the wife of British Prince Charles, endeared herself to the public through her warmth and caring. From her picture-perfect wedding to her untimely death in a car accident, Princess Diana was in the spotlight nearly at all times. Despite problems with so much attention, Princess Diana tried to use this publicity to bring attention to worthy causes such as the elimination of AIDS and landmines. She also became truly a princess of the people when she publicly shared her struggles with depression and bulimia, becoming a role model for those who suffer from those ailments. About.com

Considered by many as the greatest hockey player of all time, “The Great One” helped the NHL gain popularity in the US. At the end of his 1980 rookie year, he was MVP and tied for first in scoring. By the end of his second year, he had broken two major records, for points and assists in a season. Gretzky has won or shares 61 NHL records (one of his records is for breaking the most records). In his first nine years in major league hockey, he won eight consecutive MVP’s, four Stanley Cups and seven Art Ross Trophies (award for most points). His #99 jersey has been retired by every NHL team. 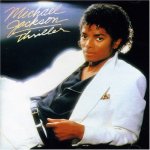 At approx. 65 million copies sold, “The King of Pop’s” 1982 Thriller  remains the best-selling album of all time worldwide. The 14 minute music video was so popular that MTV played it twice an hour to meet demand. Jackson had nine #1 singles throughout the 80’s, more than any other musician, and was inducted into the Rock and Roll Hall of Fame twice. He is only person from pop and rock music to ever be inducted into the Dance Hall of Fame. Jackson has 13 Grammy Awards, the Grammy Legend Award, Grammy Lifetime Achievement Award, and 26 American Music Awards (more than any other artist), including “Artist of the Century” and “Artist of the 1980’s”. Jackson is the most awarded recording artist in the history of popular music, and posthumously became the most downloaded artist of all time.

Madonna is known for continuously reinventing both her music and image, and for retaining a standard of autonomy within the recording industry. She attained immense popularity by pushing the boundaries of lyrical content in mainstream pop music and imagery in her videos, which became a fixture on MTV. Critics have praised her diverse musical productions which have also been known to induce controversy. Her music and style has influenced numerous artists around the world. Madonna is considered by Forbes as a cultural icon and she is often referred to by the international media as the “Queen of Pop”. Wikipedia

Russell Simmons is the most important businessman in the history of rap music. As co-founder of the Def Jam label in 1984, his street-friendly taste and marketing savvy helped bring hip-hop into the mainstream of American culture and mass media. Simmons ensured his artists remained as uncompromisingly rebellious as possible, an attitude that made hip-hop a music of choice for a generation of multi-cultural teenagers simply by staying true to its roots. Simmons shepherded rap music into big business, gradually building his own communications company into the largest black-owned enterprise in the industry. MTV.com

In the ’80s, this director was basically an unstoppable blockbuster machine. Virtually everything he made was huge — all three Indiana Jones  films, E.T., Back to the Future I  and II, Gremlins, Poltergeist, The Goonies — and he perfected the difficult mix between family accessible adventure and enormously successful moneymakers. He’s inarguably one of the most influential people in film, and from Raiders of the Lost Ark  onward, all his work in the ’80s became pop culture gold. AskMen.com

In 1985, Goldberg won a Grammy for skits taken from her one-woman show, which addressed the issue of race in America. She also starred in The Color Purple, for which she received an Oscar nomination and her first Golden Globe Award. She won her second Golden Globe for her role in 1990’s Ghost, and became the first African-American actress to win the Academy Award for best supporting actress since 1940 (and only the second to win an Oscar for acting). That same year, the NAACP named her the Black Entertainer of the Year, and she also collected an Excellence Award at the Women in Film Festival. Biography.com

Thomas Cruise Mapother IV always thought he would be a priest. But he ditched that idea in high school, and focused on becoming an actor. He made his 1981 début in Endless Love, and quickly shot to stardom. Within five years, Tom became the highest grossing actor in the market, starring in hits like Top Gun, Risky Business, and Rain Man. Tom became a big supporter of The Church Of Scientology in 1990, claiming that the teachings cured him of the dyslexia that he’d had all of his life. HollywoodLife.com

In 1984, Oprah moved to Chicago to host a faltering half-hour morning program, which she turned into the hottest show in town. In 1986, it was broadcast nationally, and quickly became the number one talk show. In 1987, it received three Daytime Emmy Awards, and in 1988, Oprah herself received the International Radio and Television Society’s “Broadcaster of the Year” Award; the youngest person ever to receive the honor. Achievement.org  “She pioneered a form of intimate public discourse that brought taboo subjects into the open and sparked a confessional, self-help culture.” – USA Today

So there you have it. No matter what you think of their politics, opinions or careers, they were all people of influence, in one way or another.

Obviously, these are not the only people who were influential in the 1980’s (and beyond).