Intent vs Interpretation – Which Vision Is Right? 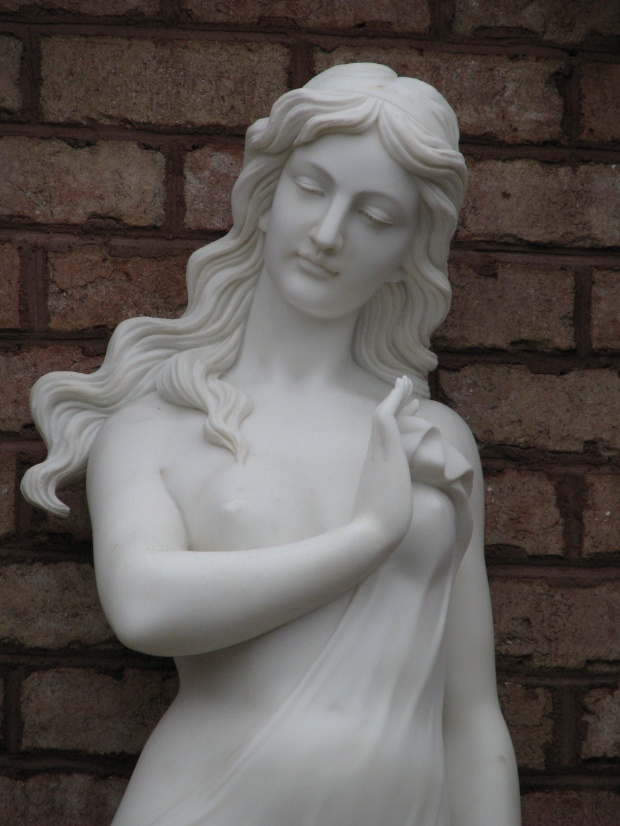 I’ve participated in creative writing courses in which at least one student gets upset that their words are misinterpreted.  I can understand that, and I’ve felt that frustration before.  Writing can be a very personal thing.  You’re opening up a part of yourself and laying it bare to the scrutiny of the world.  When the world says, “I don’t get it,” it can be hard to hear.  As with other art forms, writing puts your ability to be creative and your ability to communicate ideas on display.  But a writer can also share personal opinions and perspective; he can infuse a work with his personality in a way that is definitive – he can say it.  With a drawing, the audience can critique your skill – you can draw or you can’t.  With writing, the audience can be given the power to critique your beliefs, your dreams, your hopes and fears.  As a result, if the work is misunderstood or rejected, it can feel very personal.

Generally, I have not felt the need for my work to be interpreted very precisely.  (Well, not in a long time, anyway.)  I’ve long felt that what you get out of a work of art is based in large part on who you are, on the experiences you bring with you more so than what the artist presents to you.  I can tell you a story about a girl whose pet dies, but I can’t make you feel sad.  Your feelings will be representative of your own experiences, not mine.

For me, it’s exciting when a person reads my work and gets something totally new out of it, beyond what I was attempting to express.  It’s almost as if I’ve got two works in one, the one that says what I think and the one that says what you think.  And I didn’t have to do any extra work!  My most vivid memory of this happened in a college writing class.  I had written a short story that I intended to be funny.  It was about a woman who thinks she may have accidentally killed someone at the gym.  Instead of facing the situation, she slinks out and leaves the possibly injured, possibly dead person on their own.  See, funny, right?  We had anonymously exchanged papers for critique, and I was anxious to see how my story was received.  Boy did I get a shock.  The girl who got my paper was so upset.  She was shaking, raised voice, red-in-the-face furious!  She could not believe this terrible woman would leave the gym like that, with so careless an attitude.  How could she do it?  How could she live with herself?  She hated this woman!  Hated her!

It was terribly exciting!  I was grinning from ear to ear and it was all I could do to keep myself from laughing out loud!  True, it wasn’t what I had intended, but so what?  To have created something that stirred so much passion – whatever the mode of the passion, whatever it looked like – in another person!  That is heady stuff (and way better than being perfectly understood).

P.S.  I still have that story.  The kicker is that it’s not really that good.

Here is what some other people said:

What do you think is more important, your interpretation of a work of art, or what the artist intended to represent?

Jacque: Art is wasted if it is not saying something to the observer.

Rebecca: For me, I like to know what the artist intended.  I think that knowing what they wanted is insight into someone else, and art is personal to them.  So it’s neat to know what they were thinking and what they envisioned, what they wanted to achieve.  But then you can go back and look at it again.  If you know what their vantage was, what their perspective was, and you look at it with that in mind, it sometimes changes it and makes it better.  Knowing what the artist’s thoughts were, or visions, doesn’t necessarily change what my thoughts are or what I envision.  If I’m going to purchase something for my wall, I’m going to purchase what I like – their perspective won’t change how I feel about it when I look at it.

Logan: I think it’s important to get both.  I think art is supposed to convey a message from the artist, but I think it’s also important that you get your own personal message from whatever art, whatever you’re listening to.  Music can mean many things to many people and artwork can reach through to anybody.

Terri: Your own interpretation.  It’s like with poetry – I never got it.  It’s like the chicken in the red wheelbarrow – it’s supposed to stand for some deep meaning.  But I think the writer just meant it was a chicken in a wheelbarrow, that’s what I’m going with!  I think it’s whatever you want it to be.  Unless they’ve said, “this is what it meant”.  But a lot of times you either don’t know, or even if they tell you, you’re thinking, “I still don’t understand!”  Books and plays are easier, but poetry…

John: Whatever it means to you.  Because, depending on… what do you know of the artist, what period was it painted in, what time in history, what was going on during that time that might have been influencing the author one way or the other.  So, it’s hard to tell sometimes unless you’ve studied the artist.

How important do you think it is to the artist that you interpret their work the way they intended?

Jacque: The artist is there to depict; the person, whether listening to it, or looking at it is there to interpret.

Tom: Depends on how evolved the artist is.  If he is a fully evolved person, and he’s not relying on the feelings of others, it’s immaterial to him how other people interpret it.  In other words, if he or she is self-secure and they have given the art out of necessity – they created the art because they had to, because the art was in them.  With a true artist, the art’s in him; I’m not talking about the dabbler.  Mozart had to compose – he had to.  There’s no choice with the true artist.  So, that’s his obligation.  Now, a less evolved person is going to want.  They’re going to be opinionated, and the art is about them.  And when the art is about them, they want their interpretation to reign supreme, where the evolved artist will listen to another’s interpretation and say, “Well, you may be right.”

Gloria: If you’re dressing up to impress other people, please other people, you dress a certain way.  If you are dressing up to please yourself, you might dress a totally different way.  Same thing with the artist – it depends on what their motivation is.  They may not even be true to themselves.  They may be doing it for money, for commercial  use, or mass pleasure (in these cases, the artist would be more concerned about the audiences’ interpretation or reception, rather than his own vision).

Lynn: No, they would be offended if I don’t see what they intended.

Terri: It just depends.  Why did they create it in the first place?  Did they create it for people to analyze it and get this meaning?  Or did they just feel the need to create it?  Some people have a puffed-up view of themselves and some want the recognition for what they’ve done.

John: I’m thinking more like with a book or a filmmaker – is your aim to entertain or is your aim to challenge?  Are you just writing a story that’s going to be entertaining or funny – your sole purpose is, “I’m going to write this comedy because I want people to laugh,” and there’s nothing else to it?  Or, “I want to make a movie that’s really going to challenge people and is going to make them think about whatever this particular issue is…it’s going to challenge what they think and what they believe, and expand their horizons.”